Lestrup Racing Team drivers Oliver Söderström and Andreas Bäckman scored a podium each from the STCC TCR Scandinavia weekend at Knutstorp in the south of Sweden.

Reigning junior champion Oliver Söderström finished a strong second in a very wet first race and has climbed to second place overall in the standings.

”The first race was really good, but the weekend leaves me with a bittersweet feeling. The fact that this is my home race adds a lot of pressure and I wanted more from the races. I made some mistakes and had some of the toughest races of my career with a lot of wheel-to-wheel action. We are still in a strong position in the championship and we need to keep fighting hard to seriously challenge for the title fight in the final half of the season,” said Oliver Söderström.

Andreas Bäckman came very close to securing a victory in the third race, but had to settle for second after a mistake on the slippery circuit.

”It has been a tough race day at Knutstorp. The starts and the speed wasn’t really there for the first two races, then everything came together for the third race when I managed to get up into the lead. Unfortunately I made a mistake and dropped down to fourth, having to fight my way back to second. A big thanks to the team for all the hard work, it’s great to see the progress we make for each weekend and we had the fastest car in the final race,” said Andreas Bäckman, who has climbed to fourth overall.

Lestrup Racing Team has climbed to second position overall after the weekend at Knutstorp ahead of the last half of the season which starts on August 19-20 at Gelleråsen Arena.

”It’s frustrating that we had the speed for better results this weekend. But considering that we took delivery of our new Audis not that long ago, we take this as a strong sign ahead of the final season half. It won’t come easy and we have to fight hard to put everything together, but we know that we have the tools to properly challenge for the titles this year,” said Fredrik Lestrup, team co-owner. 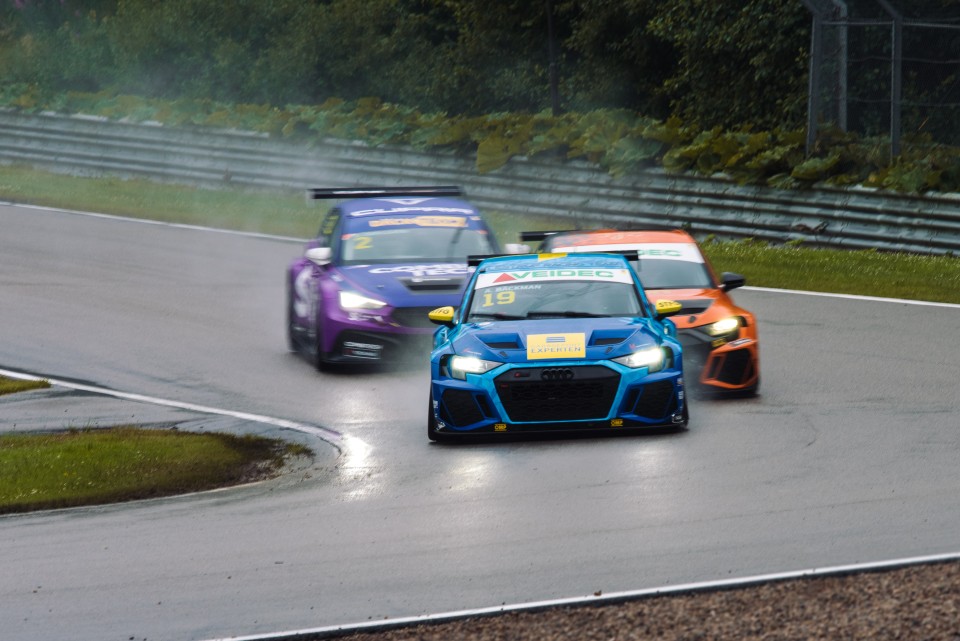 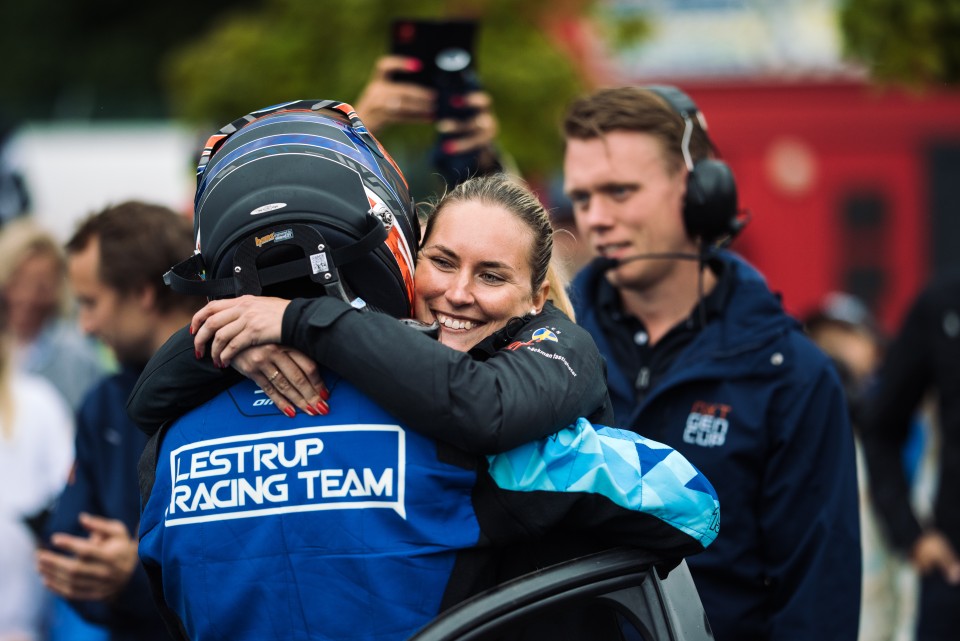 ”To start second in both races is really good, I am happy with the result. It was a competitive qualifying with small margins between the top drivers. Everything feels really good right now and we are getting better and better prepared for each race weekend,” said Andreas Bäckman.

Team-mate Oliver Söderström was close in both qualifying sessions and will start third in the first race, fourth in the second.

”It was an okay qualifying considering the results I had during practice. It is my home circuit and of course you want to be on pole. But we also know that we have more weight in our cars compared to others. It was a strong qualifying showing from both me and the team in total,” said Oliver Söderström.

”Considering our very much limited data for the new Audi at Knutstorp and that we are carrying more weight this weekend, this is a result that we can be pleased with,” said Fredrik Lestrup, team co-founder.

”With that said, we are by no means stopping our push forward. We are turning every stone to find more pace ahead of the races tomorrow and challenge for victories.”

The first of three races this weekend starts at 11:20 CEST tomorrow, watch them LIVE via: plus.stcc.se 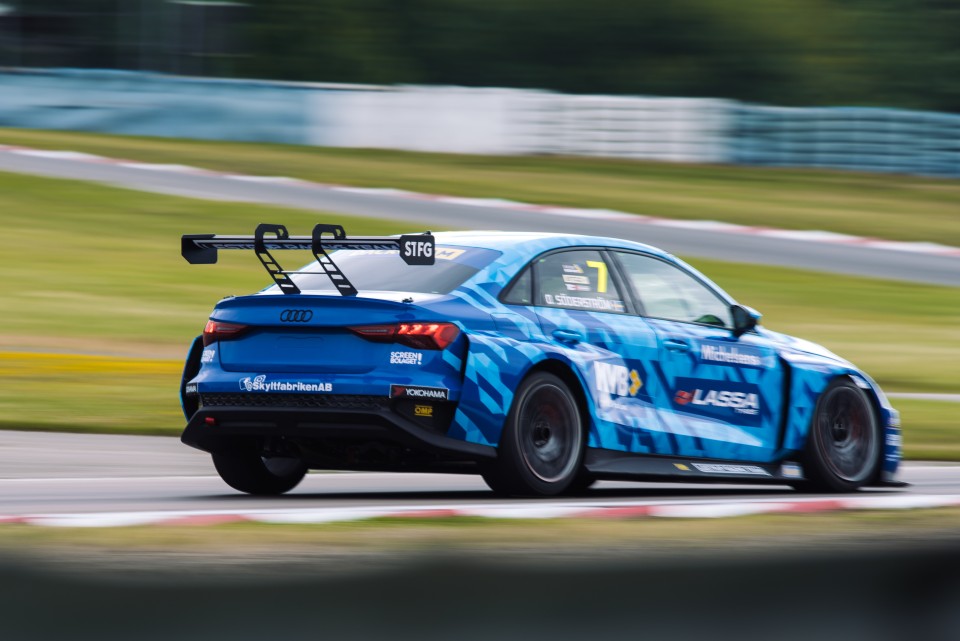 Lestrup Racing Team heads to southern Sweden this weekend for midpoint of the 2022 STCC TCR Scandinavia season at Knutstorp.

Knutstorp is the home circuit of Oliver Söderström who is placed third overall following a consistent pair of first race weekends, having finished on the podium in all races but one.

”Knutstorp is the most fun circuit of the calendar and it’s great to race on home turf. It adds some pressure, but at the same time the extra support that I get at Knutstorp is an added boost,” said Oliver Söderström.

”My goal is to win, but it isn’t easy in the STCC which is damn tough. In the end, it’s about scoring points and continue to be consistent. I’ve found some tricks in my training that helps me to focus and feel better and I’m really looking forward to this weekend’s races.”

Andreas Bäckman had a competitive but tough previous STCC race weekend at Skellefteå where he fought for the podium until a late puncture put an end to his chances.

”The speed was there in Skellefteå and we showed it by taking pole position and grabbing the lap record as well,” said Andreas Bäckman.

”Unfortunately, the race did not give the results that both I and the team had hoped for. But I feel hungry for more and I’m looking forward to competing at Ring Knutstorp. The last time I raced here was four years ago, so I do not have a lot of laps on the track, but it will be interesting to see how we stand against the other teams.”

Lestrup Racing Team is placed third overall in the team standings, just 16 points from the lead.

”We haven’t tested the new Audi at Knutstorp before, so we’re heading a bit into the unknown. But we are well prepared for the challenge and our goal is still the same and that is bring back the titles to Lestrup Racing Team,” said Fredrik Lestrup, team co-founder.

”Both Oliver and Andreas have performed really well so far this season and we are keen to keep building on that to get one step further up the result list this weekend.”

”We are pleased with the pace in the race, but not the result that we got due to technical issues,” said Fredrik Lestrup, team co-founder.

”We had the speed for the podium, but we lost a lot of time when the team was forced to change a very hot turbo. The focus from then was to finish the race and take no risks. Still, the endurance part of our team is vital and a great preparation for the coming STCC round where we aim to fight for more wins.”

The Lestrup Racing Team quartet of Mats Olsson, Peter Fahlström, Stefan Nilsson and Patric Olovsson were in podium contention during the Portimao race when a electrical issue with the wastegate meant that they dropped down the order to finish fifth in the TCR class.

”It was a really warm and tough endurance race. The car was great at Portimao, a circuit we’ve never raced before but one of the best circuits I’ve ever raced. The pace was strong among all four drivers, we were very evenly matched. We had the pace to reach the podium, unfortunately a turbo issue put an end to that. A disappointing result but still a very strong race weekend by the team, one of the best efforts that we’ve ever done,” said Peter Fahlström.

Next up for Lestrup Racing Team is the STCC TCR Scandinavia race at Ring Knutstorp in Sweden on July 22-23. 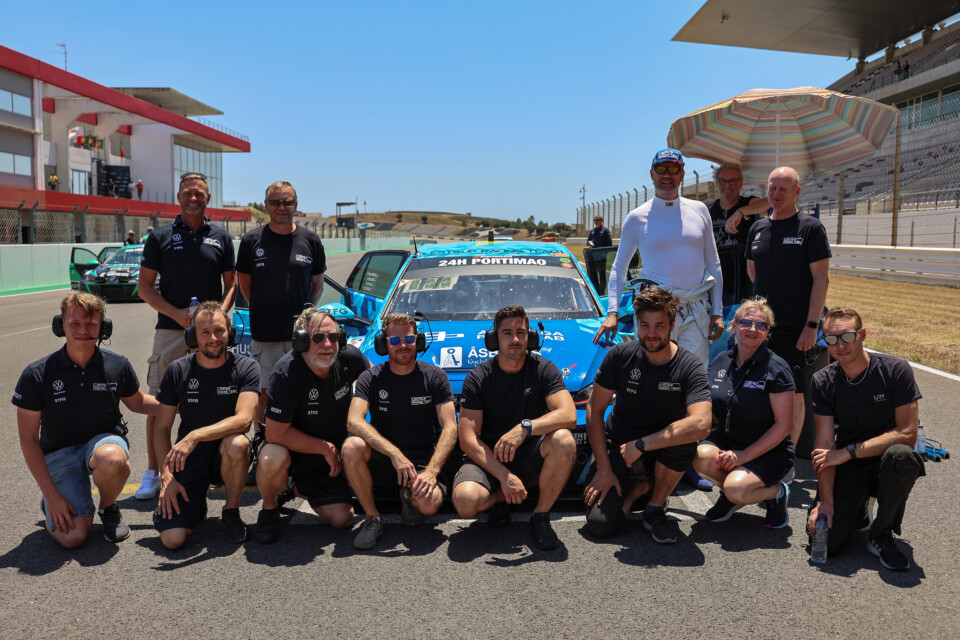 Lestrup Racing Team is back on track this weekend for the 24 hour endurance race at Portimao in Portugal, fielding a Volkswagen Golf GTI TCR DSG in the TCR category.

”We are happy to continue our endurance programme after our podium in the 12 hours of Hockenheim earlier this year,” said Fredrik Lestrup, team co-founder.

”This race means another level of challenges as we race for a full 24 hours and very high temperatures are expected. This is our first time at Portimao, but we hope to be able to challenge for a class podium.”

The Swedish outfit will field four drivers for the race, with Mats Olsson, Peter Fahlström, Stefan Nilsson and Patric Olovsson sharing the #110 Volkswagen Golf GTI TCR, facing a total of seven cars in the TCR class.

The race weekend starts with qualifying and night practice on Friday, with the 24 hour race starting at 14:00 WEST on Saturday.

All sessions are broadcast LIVE and through our onboard cam via the following links:
Live broadcast:
Qualifying
Night practice
Race 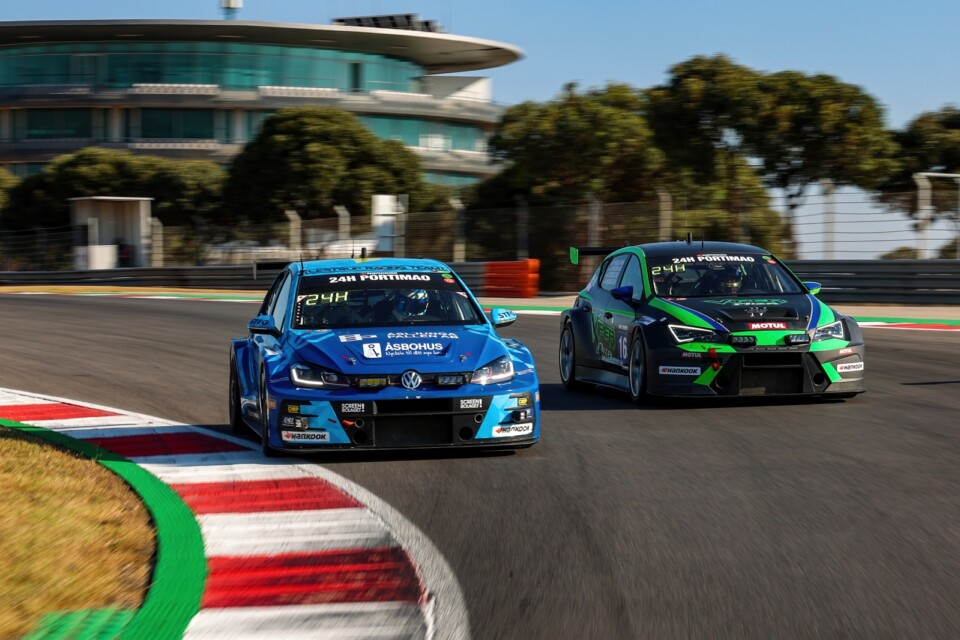