The results saw the team claiming the runner-up spot in the teams’ championship.

”We are always racing with the ambition to win. We didn’t win the titles this year, but we won races and podiums. Andreas, Oliver and team have fought hard from the first to last race this year, I am thoroughly proud of everyone of them,” said Fredrik Lestrup, team co-founder.

Andreas Bäckman had a tough start to the weekend, but managed to bounce back in the final race with a podium finish to secure third place overall.

”My goal was to challenge for the title ahead of the finale. But we still got a strong end to the year with a podium finish and third overall. A huge thanks to the team for a really good year and now we’re looking forward to the future with excitement,” said Andreas Bäckman.

Oliver Söderström started the weekend strongly by winning the first race, finishing second in the following race while he was forced to retire from the last to finish fifth overall.

”The win was incredibly nice, especially from third on the grid. The retirement in the last race was obviously a disappointment, but that’s racing sometimes. This has been a frustrating, hectic and thrilling end to the season,” said Oliver Söderström. 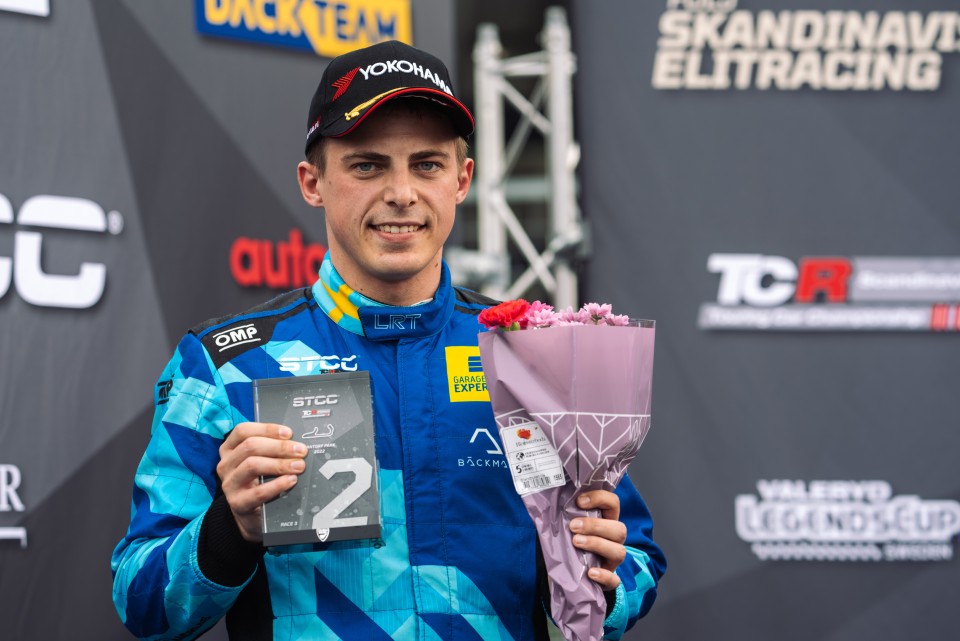