Lestrup Racing Team had a mixed but promising STCC TCR Scandinavia season finale qualifying at Mantorp Park, with Oliver Söderström securing third for the first two races while Andreas Bäckman was further down the order.

”This result feels awesome after the struggles we’ve had. It hasn’t come easy, we’ve had to start from scratch with the setup. I’m not happy about the tenths we lacked to the absolute top, but we will keep fighting to close that gap for the races tomorrow,” said Oliver Söderström.

Following a recent judgement of the Swedish Motorsport Federation, Andreas Bäckman is the only driver left with a theoretical chance for the title – trailing the points lead by 51 points with 60 points left from the three races of tomorrow.

The Swede faces a tough race day, having qualified seventh and eighth.

”It was a really tough qualifying for me, we had balance issues with the car and I’m of course disappointed. We will reload for tomorrow, there are still three races left and I will push as hard as I can to climb the order,” said Andreas Bäckman.

The team championship fight is closer, with Lestrup Racing Team currently placed second overall, trailing the lead by 39 points with 111 points left to fight for.

”Obviously this isn’t the result we hoped for today. But we will never give up. Oliver is in a prime spot to get into the top fight of the races and we will leave no stone unturned to find further improvement for Andreas. It will be tough tomorrow, but that’s why we are here,” said Fredrik Lestrup.

All three races on Saturday are broadcast LIVE on: plus.stcc.se 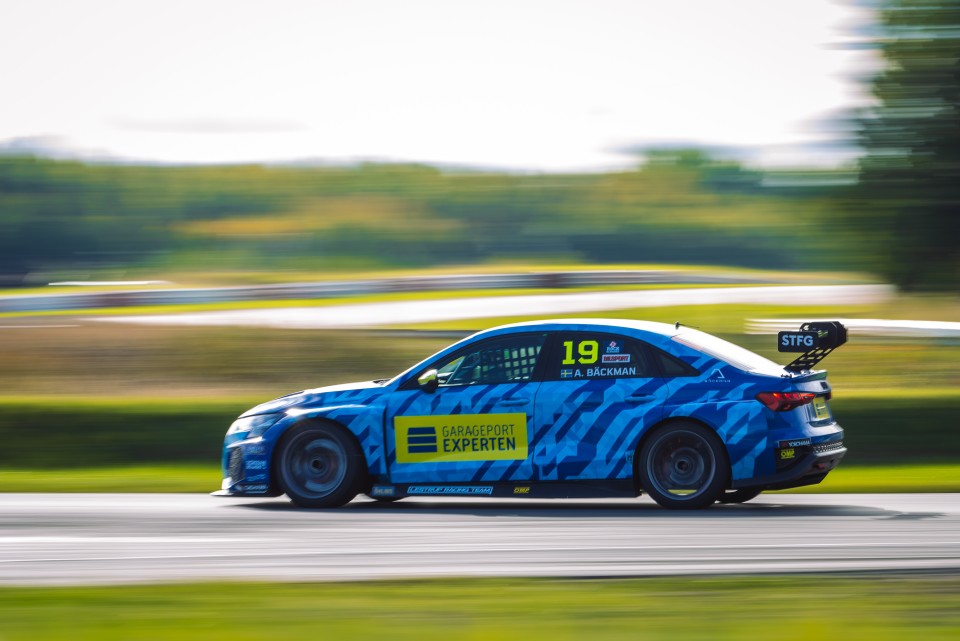