Andreas Bäckman has moved closer to the STCC TCR Scandinavia points lead after scoring two consecutive victories in the penultimate round at Anderstorp in Sweden.

The Lestrup Racing Team driver fought his way past Hugo Nerman in the first race to victory and headed the field from lights to flag in the second race, currently trailing the points lead by 24 points with 65 points left to fight for.

”It feels amazing to score a double victory. I had to fight hard in both races and the team gave me a great car, a huge thanks to everyone who made this possible. We’ve got three exciting races left in the Mantorp finale where I’m going to go flat out,” said Andreas Bäckman.

The two victories keeps Lestrup Racing Team right in the thick of the team title fight as well, just 14 points from the lead ahead of the Mantorp Park season finale in three weeks’ time.

”This really has been a weekend of mixed emotions. We are of course gutted for Oliver and we need to analyze the reasons behind it all. And at the same time, we are over the moon for Andreas who drove an awesome weekend under difficult circumstances. While we wanted more from this weekend, we have a strong position ahead of the season finale which no doubt will be one for the history books,” said Fredrik Lestrup, team co-owner.

Oliver Söderström left Anderstorp disappointed with a fourth and sixth place finish, but lost a second place finish in the final race due to a failed ride height check.

”It’s been a nightmare weekend and I’m gutted that I’m more or less out of the title fight. We had the speed this weekend for the top three, but things just did not go our way. I’m heading to the season finale with the points completely out of my attention and will just go for outright results on track,” said Oliver Söderström. 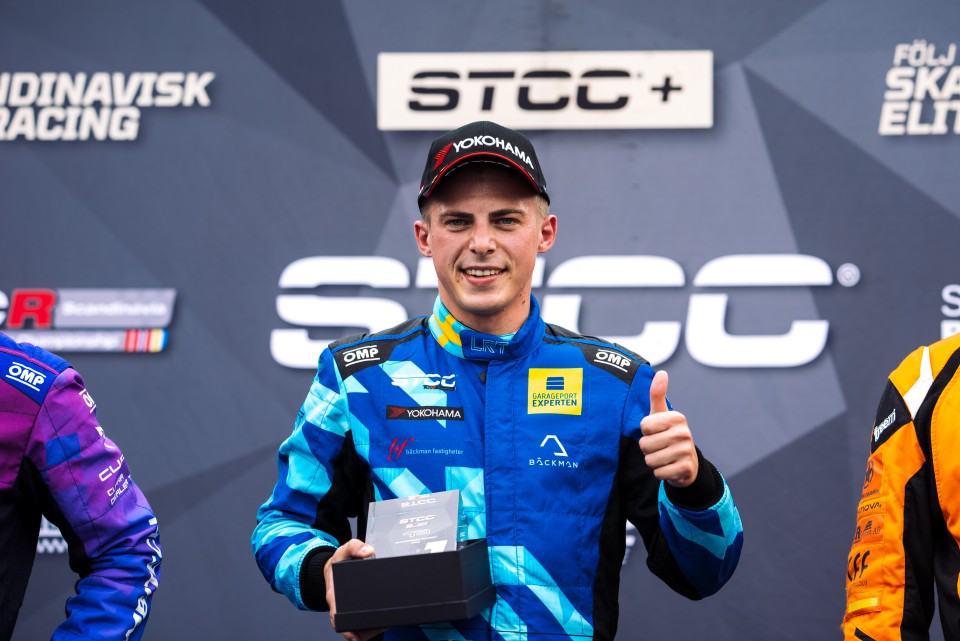