The STCC TCR Scandinavia summer break is over and Lestrup Racing Team is heading to Gelleråsen Arena this weekend, aiming high for the fourth round of the season.

”Both Oliver and Andreas have shown strong speed so far this year and we’re working hard to get that last edge on our competitors. We haven’t tested the new Audi at Gelleråsen, but that’s been the case for almost all races this year and we’re in contention for both titles – which is our main goal,” said Fredrik Lestrup, team co-founder.

Oliver Söderström has climbed to second position overall after a consistent first half of the season, scoring four podium finishes from seven races.

”I’m driving for a win this weekend, as always. We’re carrying quite some weight at Gelleråsen, but we’re working hard to get the most out of our situation. We need to keep those points coming in and I can’t wait to get back on track again after the summer break,” said Oliver Söderström.

Team-mate Andreas Bäckman is placed fourth overall and scored his so far best result with second place at Knutstorp before the summer break.

”It’s great to be back at Gelleråsen, a track I haven’t raced at for four years. I’ve had a good feeling in the car for the past two race weekends and I look forward to see where we stand against our competitors after the summer break,” said Andreas Bäckman.

The Gelleråsen Arena race weekend starts on Friday with testing and qualifying, followed by three races on Saturday – all broadcast LIVE on: plus.stcc.se 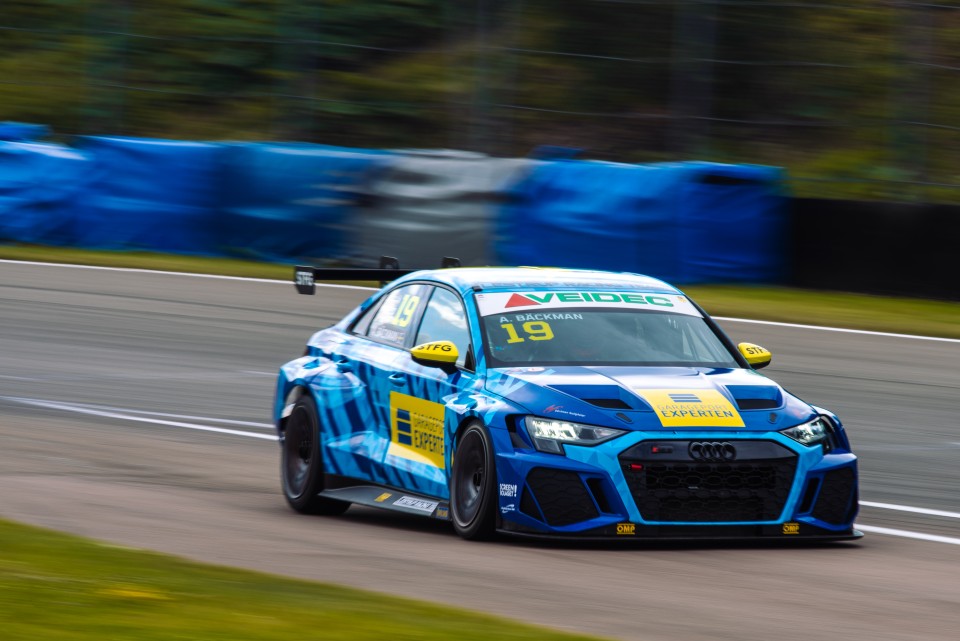