“It has been a good day on the whole with two podiums and a strong qualifying result,” said Rob Huff.

Rob Huff was involved in an incident in the final race that forced him to pit for suspension repair. The team was able to quickly repair the car and get the Brit back out to finish eighth and score four valuable points.

“Great job by Lestrup Racing Team in every sense this weekend. In getting my car as good as it was setup-wise for qualifying, for the races to be P2, P3 and to get my car back out in Race 3 to finish P8 and get four what could be very valuable points at the end of the year,” said Rob Huff.

Team-mate Oliver Söderström fought hard from further down the grid to a top five result in all three races.

“Qualifying was a bit of a disappointment for me but we were able to make up some ground in the races,” said Oliver Söderström.

“I was hit really hard by Robert Dahlgren in the third race and I’m heading to the hospital for a checkup. We lost some points today but I still think we made the best out of what we had and I am confident that we can fight back in the coming races.”

Rob Huff has climbed to second place in the drivers’ championship with Oliver Söderström dropping to fourth.

Lestrup Racing Team heads the teams’ championship on 172 points ahead of Brink Motorsport on 141 points.

“We knew that Skellefteå was going to be tough for us,” said Fredrik Lestrup, team co-owner.

“Rob, Oliver and the team has performed really, really well under the circumstances. We didn’t give up. We managed to get Rob back out to score points in the last race and those points could end up deciding the championship. I am confident that we will bounce back for the coming races at Mantorp and Knutstorp.”

The STCC TCR Scandinavia season continues on October 2-3 at Mantorp Park and can be watched LIVE through: https://plus.stcc.se 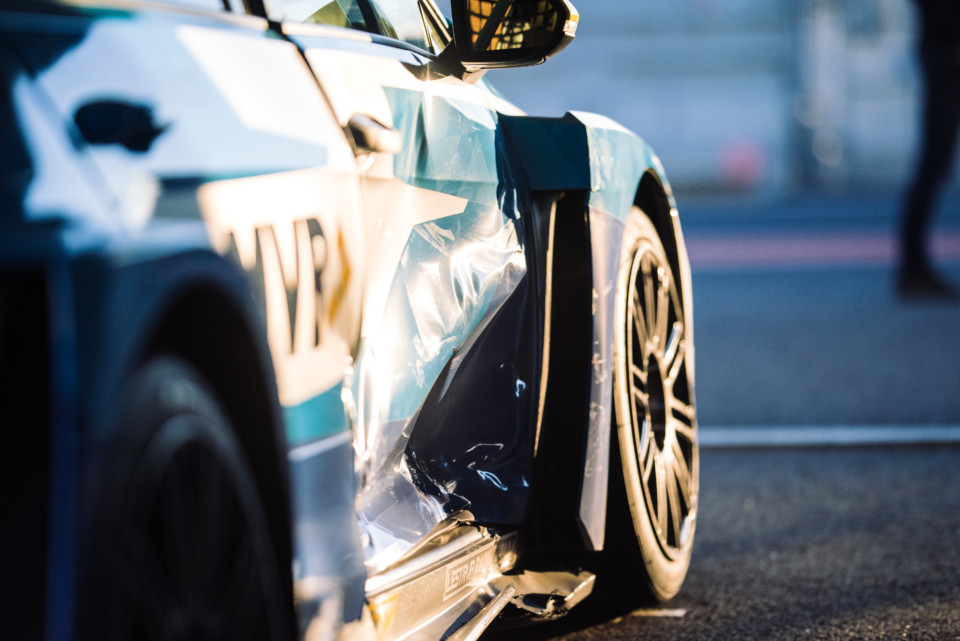 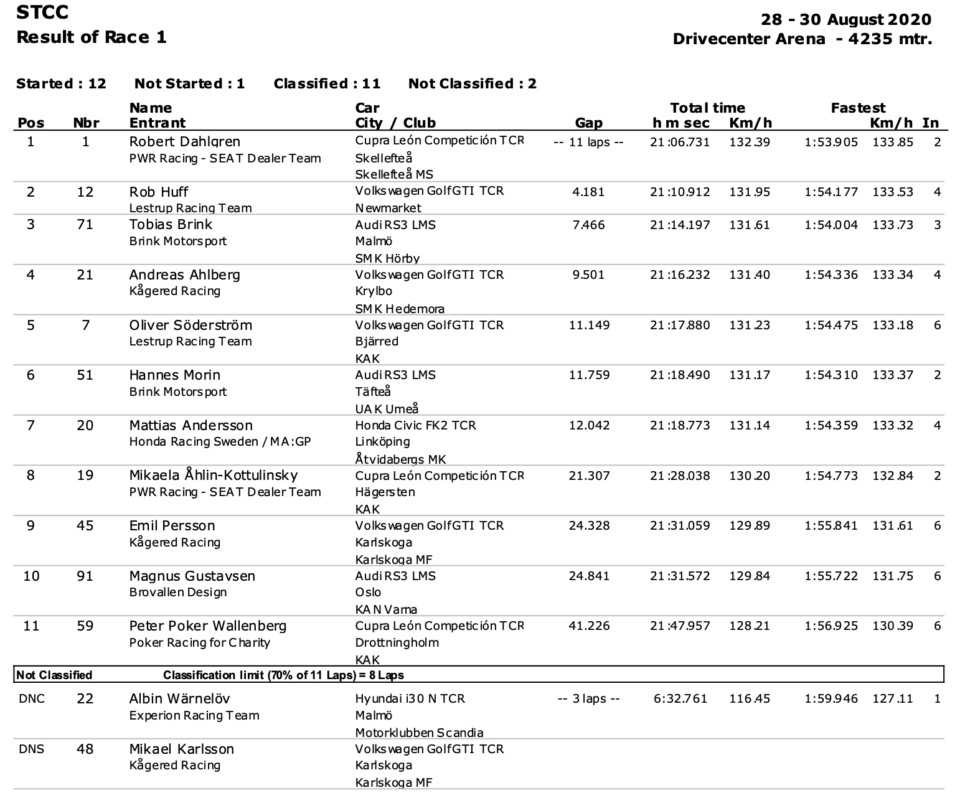 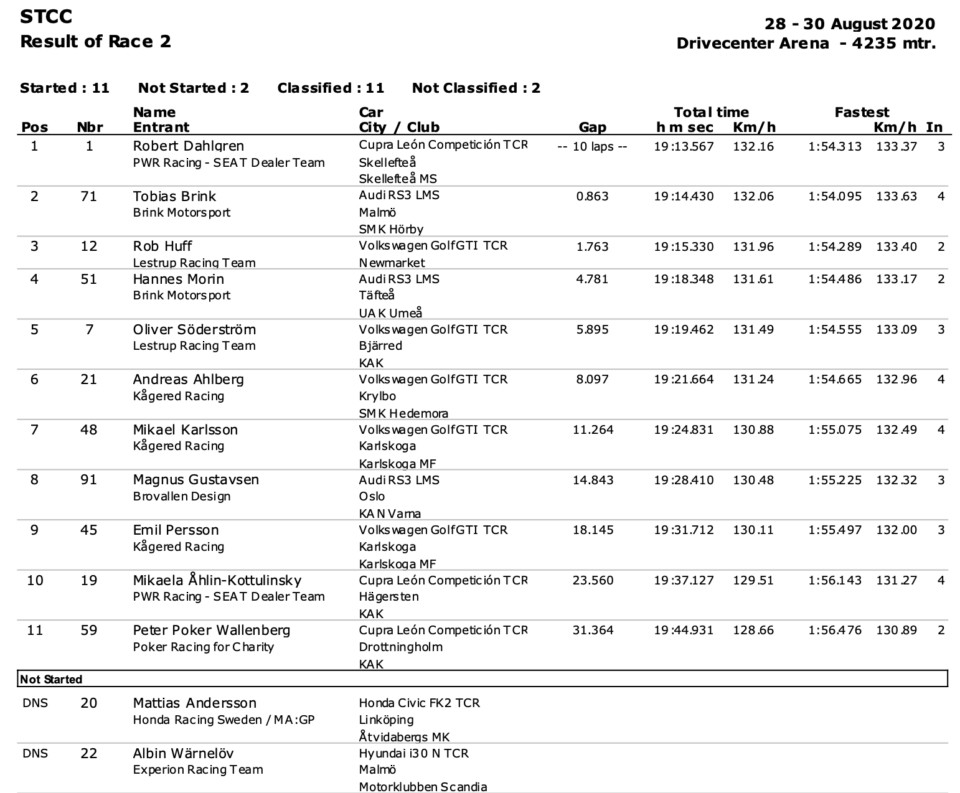 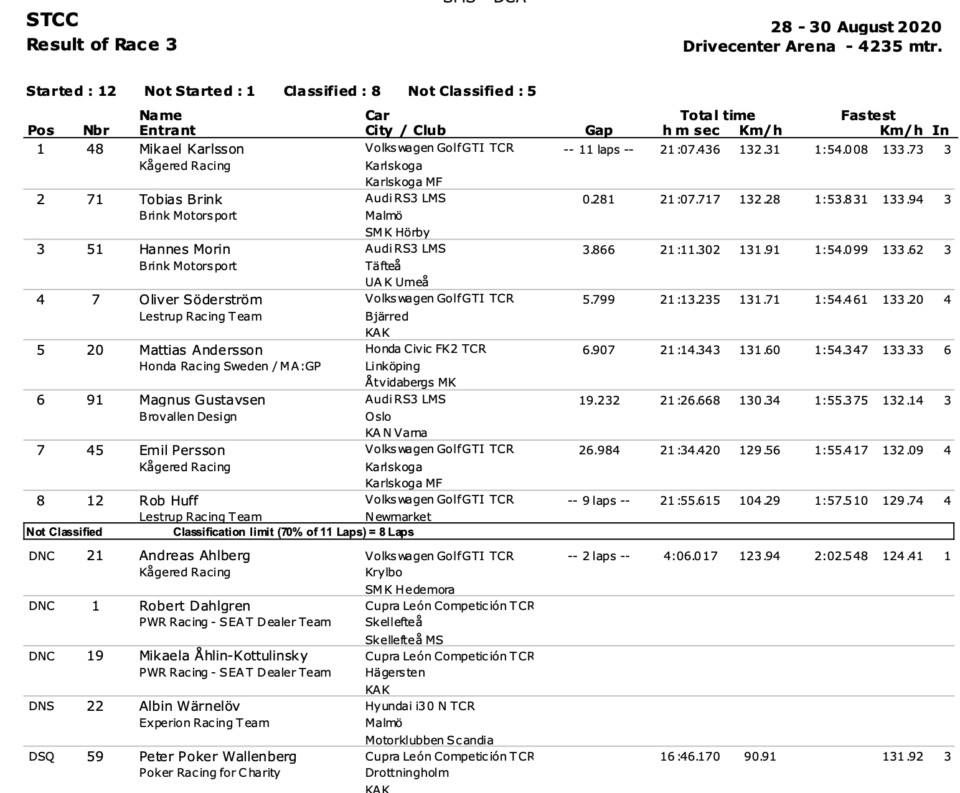